Common questions asked by patients: Can an endoscopy detect a small bowel obstruction? How is a small bowel enteroscopy performed? What is the difference between enteroscopy and endoscopy?
Call us or schedule an appointment online with our gastroenterologist. We serve patients from Kissimmee FL, Orlando FL, St. Cloud FL, Meadow Woods FL, Celebration FL, Williamsburg FL, Buenaventura Lakes FL, and Hunters Creek FL.

Can an endoscopy detect a small bowel obstruction?

To determine the cause of your discomfort, the location of the issue in your digestive tract, and the severity of the problem, Advanced Gastroenterology uses several diagnostic procedures. An example of such a procedure is a small-bowel endoscopy, also known as a deep endoscopy. Despite the time and coordination involved in the procedure, some other digestive centers do not offer small-bowel endoscopy, but it helps us diagnose our patients accurately.

An endoscopy of the small intestine is a minimally invasive procedure in which we examine your entire 20-foot-long small intestine. An endoscope has a light and a video camera, and we attach special balloons to it. Through the inflating and deflating of the balloons, we move the small bowel over the endoscope.

By using the endoscope, we can diagnose the cause of your symptoms in nearly any part of the small intestine. The endoscope can also be used to pass tiny tools into your small bowel, if needed, to treat your condition.

How is a small bowel enteroscopy performed?

A hospital or outpatient center performs a small bowel enteroscopy. Anesthetics can be gargled or sprayed on the back of the throat to provide local anesthesia. In addition to relaxing the gag reflex, the anesthetic numbs the throat. If a sedative is to be administered, an intravenous (IV) needle will be placed in an arm vein. It is important for patients to remain relaxed and comfortable when taking sedatives. During sedation, vital signs are monitored by doctors and other medical staff. The procedure is carried out on an examination table with the patient lying on their back or side. Endoscopes are carefully inserted down the esophagus and into the stomach and duodenum. The intestinal lining can be examined up close using a small camera mounted on the endoscope. The stomach and duodenum are inflated with air through the endoscope so they are easier to see. A doctor can perform biopsies, stop bleeding, and remove abnormal growths with special tools that slide through the endoscope.

What is the difference between enteroscopy and endoscopy?

Additional Services You May Need 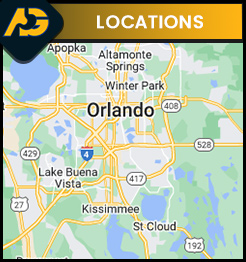 Convenient Locations To Serve You

*In case of a life threatening emergency, immediately call 911.
**For any medical procedure, patients respond to treatment differently, hence each patient’s results may vary.
***Information on this site is not intended or implied to be a substitute for professional medical advice, diagnosis or treatment. All content contained on or available through this site is for general information purposes only..
****By using this website and sending us your information, you are giving us permission to contact you by electronic and non-electronic means. We also track the conversions and collect user data to improve marketing.
*****If you are vision-impaired or have some other impairment covered by the Americans with Disabilities Act or a similar law, and you wish to discuss potential accommodations related to using this website, please contact us.

Convenient Locations To Serve You

How May I Help You?